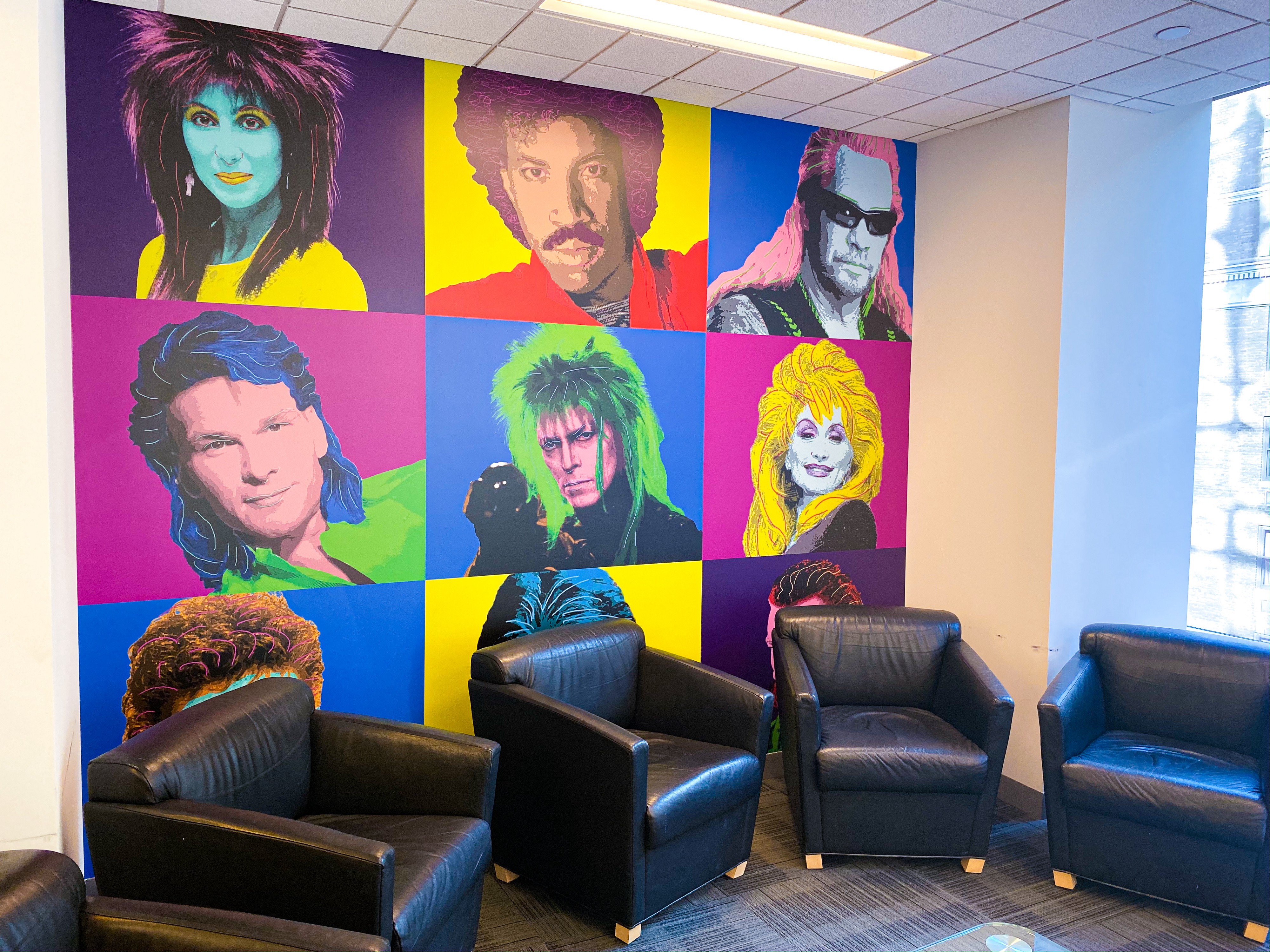 When a new tenant takes over an office space, the most common color scheme they opt for is a neutral white or gray. This presents an opportunity for the office manager and company leaders to get creative and choose some art to fill those bare walls. If you go too bold at first, wisdom dictates, it might limit the possibilities down the line.

However, some companies are investing in more colorful and creative options in the form of murals. These bursts of personality and inspiration emerge through custom, original pieces of art they commission. The resulting works vary in scale and size, but what they all showcase is something different that separates them from the typical office space.

We spoke to several companies that have made such artistic investments in recent years to find out what went into their decision-making, how they sourced their muralists, and what the impact has been on their employees.

“Office design should be led by your business’s core values. Culture and identity come from within and so you should be true to your brand. Every brand has a unique identity like a fingerprint,” Maria Simeone, VP, Marketing at PulsePoint, a programmatic platform, advised. “Our visual identity is like the clothes we wear. It’s the image we project about who we are and what we do. Your office is one of the most impactful ways to represent your brand each day, to motivate your team and engage visitors.”

When Wodify, a fitness and gym management platform, was considering what to do with their office space, they knew they had to liven it up a bit. “The overall vision for the space was to keep things bright, clean, and open,” Brendan Rice, Chief Marketing Officer, explained. The issue was that “the interior is very industrial-looking, with polished concrete floors and exposed ductwork and masonry, to complement the grids of iron-clad windows that surround the building.” Rice and his team had deliberately filled the space with furniture and lighting fixtures that were more modern. A booming mural, they figured, was the additional detail they needed, and they worked with an architecture and design firm to follow through on that vision.

Yael Hershkowitz, Global Facilities Operations Manager for Varonis, a software company focused on data security, sought a similar blending of the outside and the inside. Their overall office vibe at their various locations around the world echoes the local streets and markets. “The intention was to make those who work in the office to feel as if they are outside in an urban environment. To enhance the urban feel, we decided to dress up the walls with materials you find when walking the streets, some examples are brick and Hardie boards,” Hershkowitz said.

This approach is effective, added Diana Marchese, Head of the Americas, Workplace, at Criteo, a retargeting company, especially as your team grows. “Our New York office currently hosts 260 employees. Our talent acquisition team does an amazing job in recruiting team members who are collaborative, playful and engaged,” she said. “As the work practice of eight hours at your desk transitions into work at coffee tables, in lounges and over lunches, we needed to create a space that offered more.” The mural they selected didn’t just spruce things up. With a NYC subway theme, it reflects the tempo and temperament of the city that surrounds them.

How they built this

When you’re starting with an empty space, it can be a challenge to form a vision for what you’d like to appear there. Rice at Wodify said that when the team met California muralist, Ruben Rojas, while on a business trip out West, they knew they’d found the right person for this type of artistic transformation. “We had a giant white wall facing our largest open work area,” he said. “It was the perfect place to install a giant, colorful mural. Together, they settled on the theme of “Empower” for their mural, which encapsulated what they hoped both their employees and clients would feel. (Here is a video recapping the installation.)

Hershkowitz at Varonis underscored the importance of choosing the right artist. They selected Sean Kernick, a Philadelphia-based artist whom they tasked with brightening up their office in North Carolina. “Sean joined our project at early stages. That helped him understand our design intent and our company’s culture, which he was then able to incorporate into the mural itself,” Hershkowitz said. The mural will be completed this month.

Others have looked to their colleagues, rather than professional artists, for wall inspiration. Marchese at Criteo said they began their project with employee suggestions. The winning idea came from Maya Noguchi, a member of the steering committee for the new office design, who was at the time a CS designer. She’s now risen in the ranks at Criteo to become Senior Product Designer, Operation Efficiency, but her talent for visualizing interiors is one of her crown achievements at the company. Noguchi painted the subway-themed mural and collaborated with another Criteo employee to place a custom-built seat in front of the mural to further convey the scene. The entire process took three months start to finish.

And some have turned to murals for much-desired levity and lightheartedness. Simeone at PulsePoint said that they “wanted to do something that felt authentic to our culture and uniquely PulsePoint.” So they chose to dress up their walls “with a nod to cultural references that everyone from Gen Y to Millennials would get.” One of their most iconic murals showcases celebrities like Lionel Richie, Dolly Parton, and Patrick Swayze, among others, in full view and bright colors.

Rice at Wodify emphasized the importance of having one mural as the anchor for the office, and not taking on more. In addition to the added expense, having more murals risks making that area less special and individualized. “That was a deliberate choice,” he said, and people feel the impact of it when they pass by the “Empower” mural each day.

Just because you’re dedicating a wall to the pursuit of creativity, warned Simeone at PulsePoint, doesn’t necessarily mean that you’ll instantly become a more creative company. This is one element of a larger approach to completing your office design and fostering healthy company culture.

“People want to be stimulated — by missions, ideas, their surroundings,” added Marchese at Criteo. But she has a word of caution, too: “Avoid pieces that are so specific to the current state or team that they can exclude the possibility of change.” Your team will grow, but your mural will remain the same. Make sure your vision applies for the future, too. 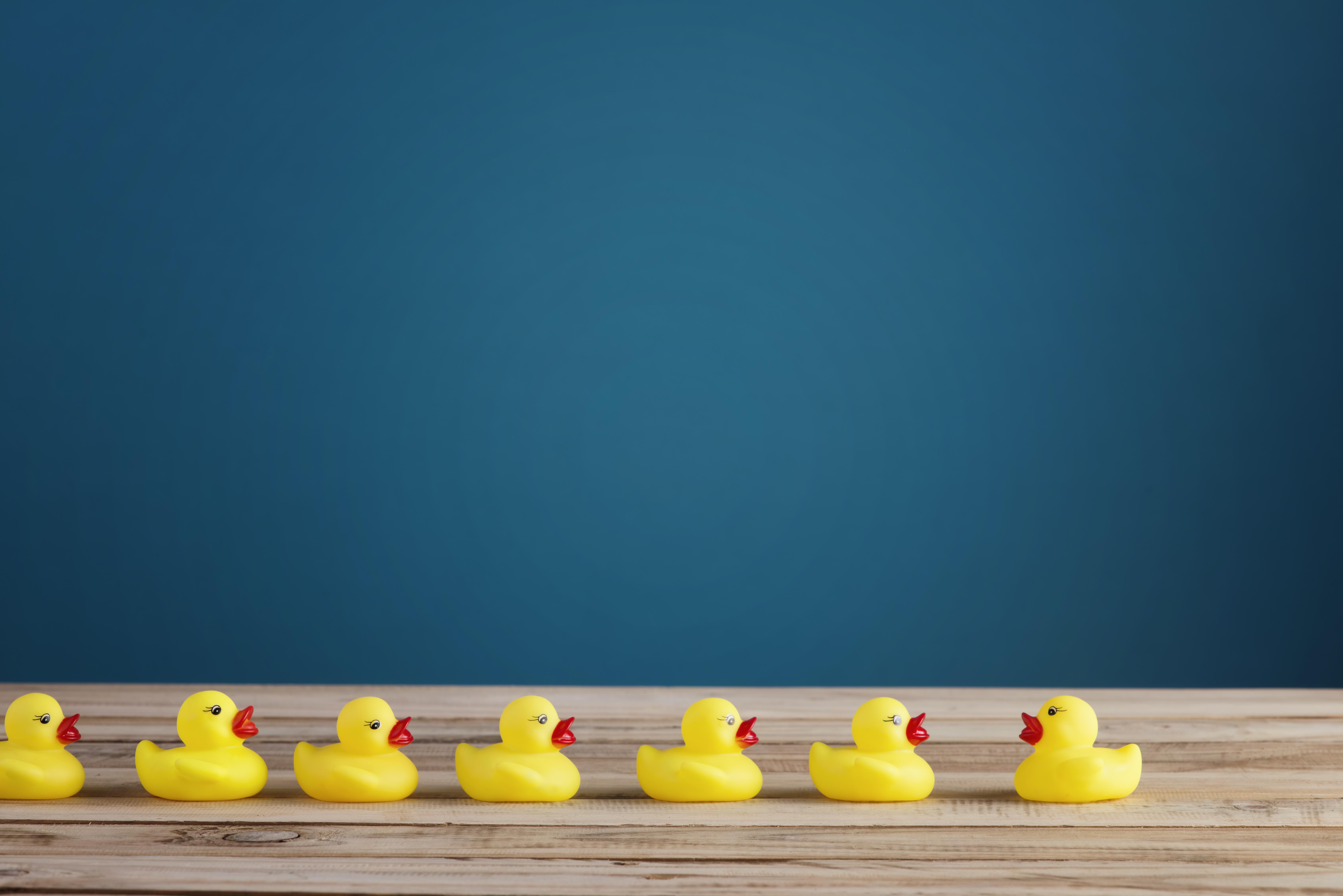 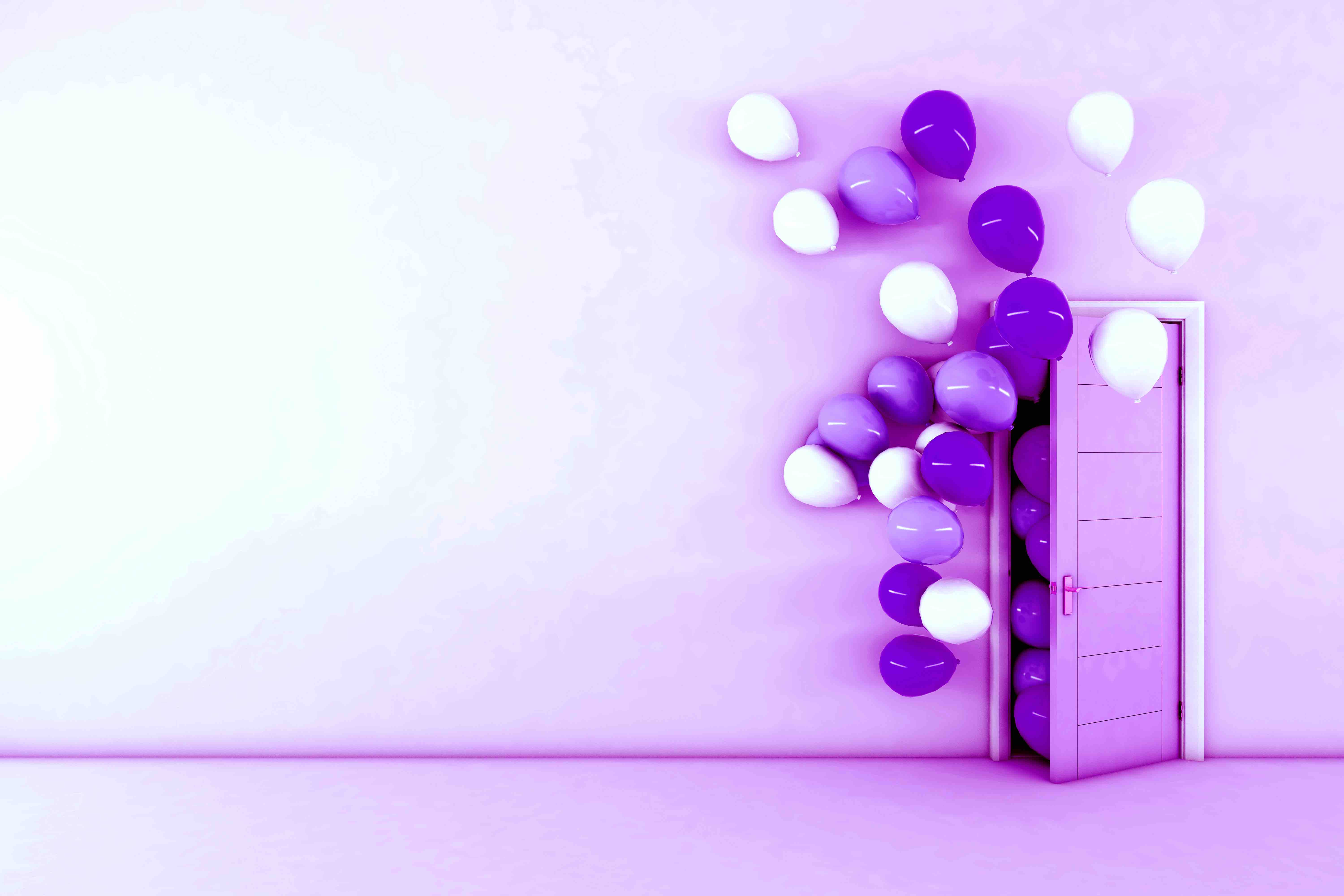 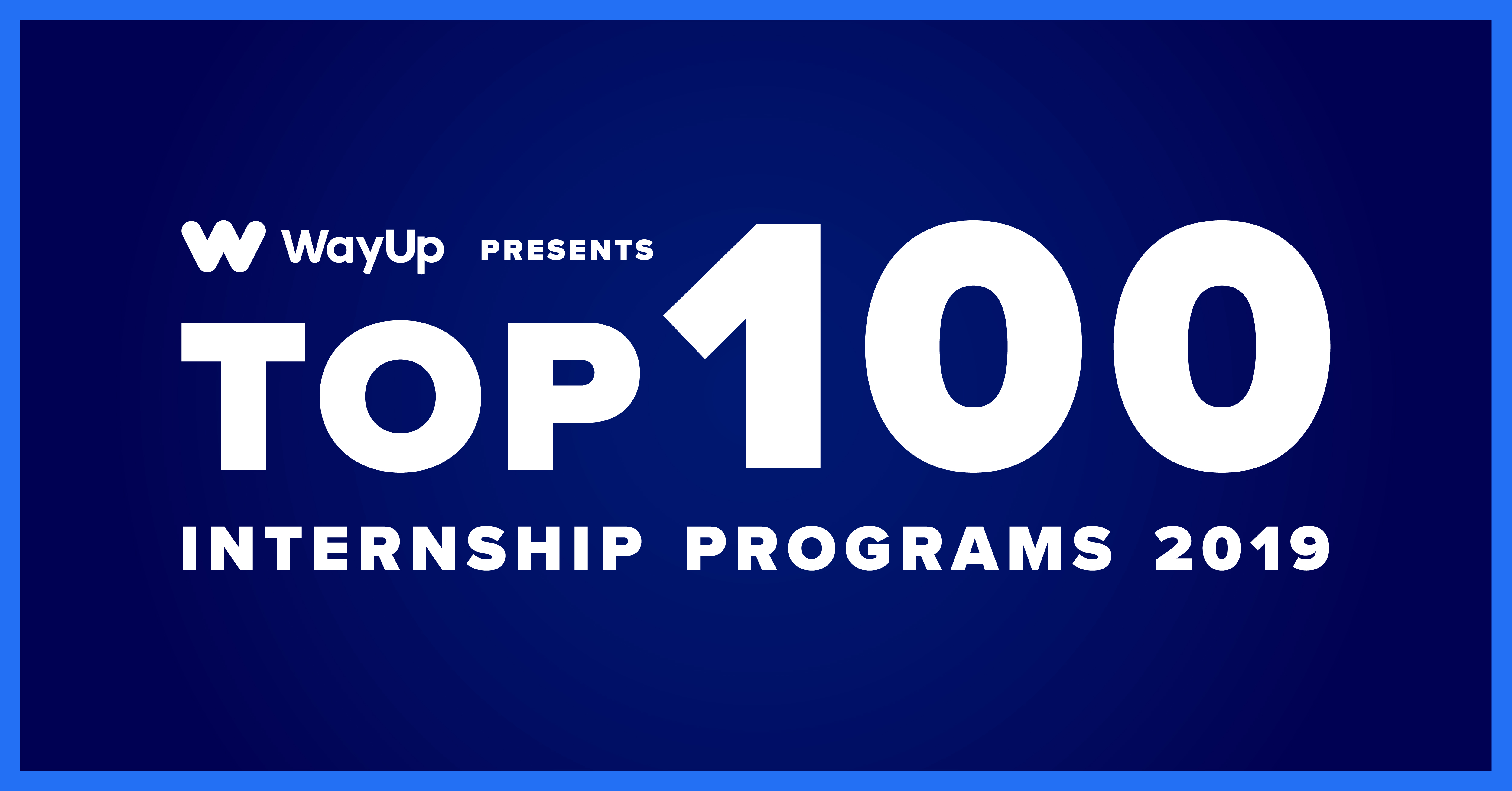