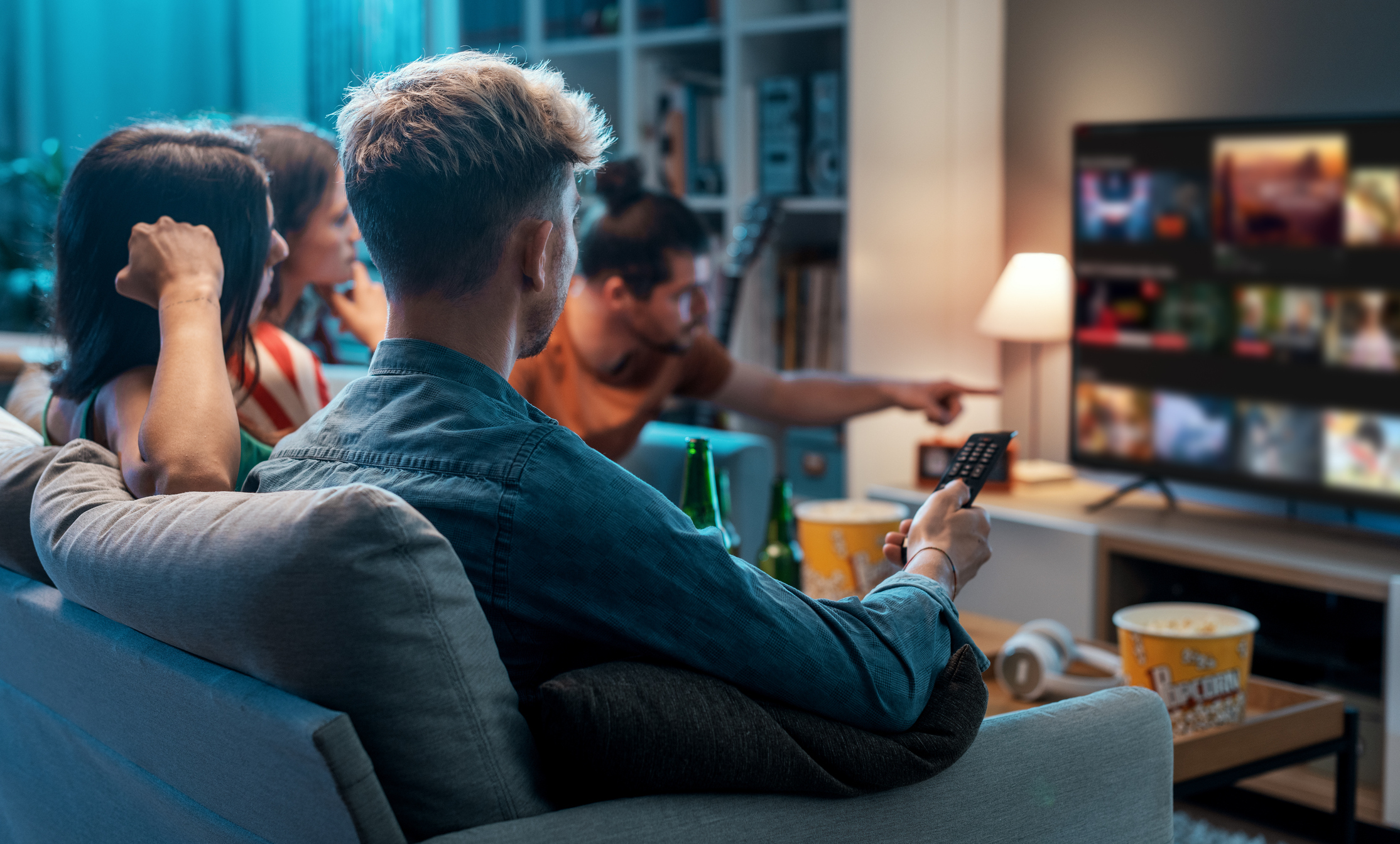 It’s clear that an omnichannel marketing strategy is the way to go. The data showcasing improved purchase rates, purchase frequency, and customer retention is indisputable. By delivering consistent messages across channels and devices, marketers can not only take advantage of consumer behavior but also ensure that when messaging is delivered in the appropriate context, it is well received.

This is the first blog post in a two-part series that discusses the role of connected TV (CTV) in the healthcare brand’s marketing arsenal. Before a brand can answer the question, “Is CTV advertising an effective way to reach HCPs and consumers?” they need to understand what CTV is and why streaming video, as an advertising target, is an essential component of your omnichannel marketing approach.

According to Nielsen, around 85% of households in the United States now have at least one subscription to an over-the-top (OTT) video streaming service, such as Netflix, Hulu, Amazon Prime Video, or HBO Max. Individual US users, on the other hand, have an average of four streaming service subscriptions, according to the Deloitte Digital Media Trends study. With hundreds of millions of subscribers, powerhouse streaming services like Netflix, Disney+, and Hulu have demonstrated that consumers want to watch streaming video content. And people are continuing to “cut the cord” to their traditional paid TV services. According to firms that track the paid TV market, “The rate of decline for traditional video distributors stayed around 9% in the quarter (‘the worst it has ever been’ per the [MoffettNathanson] report), where collective losses reached 1.86 million in the first three months of the year, encompassing players like DirecTV, Comcast, Charter and others. Traditional TV providers ended the period with about 66 million subscribers.”

The message is clear: advertisers need to include streaming video as a digital channel in their omnichannel strategy.

Even just 7 to 10 years ago, as streaming was beginning to grow, the ad experience was fragmented. Few marketers or brands were buying slots, which resulted in ad fatigue as consumers watched the same ad 5 or 6 times during a single streaming show.

Fast-forward to today, and the experience has changed dramatically. There are more brands marketing through streaming, which has reduced the ad fatigue; but the increase in the number of subscription services, along with rising prices, has put pressure on consumers. Many consumers fled the high price of pay TV and cable services because of channels they didn’t want that were baked into the monthly price. Now, to get the content they want, consumers have multiple streaming service subscriptions that, in total, are not much cheaper than the cable service they fled. The result of these two trends—more advertisers in streaming and the increasing monthly cost of streaming for consumers—is the introduction and rapid growth of free ad-supported television (FAST) services like Pluto TV, Tubi, Peacock, and the Roku Channel. These services provide completely free streaming video channels entirely supported by ads. And their success is not surprising. The percentage of American households using FAST services more than doubled from 8% in 2020 to 18% in 2021. It’s no wonder, as 58% of US consumers said they would be happy to watch commercials between shows if the cost of streaming services was lowered.

However, there are many ways to watch streaming video. Consumers watch on their mobile phones. They watch on their PCs. But, more often than not, they turn to the traditional television set in their family room, which has become a CTV device.

When it comes to streaming video, CTV is booming

Connected TV (CTV) advertising has grown tremendously over the past few years. According to an IAB report on CTV advertising, “CTV ad spend grew to $15.2 billion in 2021, a 57% increase from 2020, and is projected to expand another 39% in 2022, hitting $21.2 billion. That will more than double the 2020 CTV ad spend.” Omdia, a research firm covering streaming video and streaming advertising, supports IAB’s conclusion that the advertising outlook is good for streaming; more revenue for services will come from advertising, meaning there will be more opportunities for brands to deliver messaging within streaming video.

And this growth makes sense when paired with data about the growth of streaming on CTV devices (which include Amazon Fire TV, but also integrated streaming capabilities, such as an app store on smart TVs). According to Variety, “Last year, CTV overtook mobile as the device with the greatest share of global video impressions, according to advertising and analytics platform Innovid’s 2021 Benchmark Report. CTV accounted for 46% of global video impressions in 2021 compared to 40% in 2020.”

A higher number of people are watching video content on ad-supported streaming platforms through connected TV devices. With a demand-side platform (DSP), marketers can specifically target consumers on these devices. By incorporating CTV into an omnichannel strategy through a programmatic platform, brands can get messaging into a channel where people are clearly spending a lot of time.

Can CTV reach HCPs as well as consumers?

This is the million-dollar question for healthcare brands as they evaluate spend across multiple channels. But the key thing to remember is that HCPs—doctors, pharmacists, nurses, and other practitioners—also have their “blue jeans moments” (i.e., downtime when they are not in white coats or working) and are watching the same shows as any other consumer on their smart TVs.

In the second post of this two-part series, we discuss how CTV advertising can effectively reach HCPs when folded into an omnichannel approach.